Both Apple and cellular carriers have measures in place to prevent abusing their networks to send large amounts of spam texts, especially to those who haven’t given consent – these measures can sometimes affect completely legitimate mass texting. Even though this is out of our control, we at Porterhouse want to make sure you’re well informed so you can get your message across without interruptions!

Disclaimer: The information here is not associated with Apple or any cellular carrier and is not legal advice. Porterhouse is not a platform for massive-scale texting, and most of our customers successfully deliver their messages within the confines of these limitations. Abusing networks to send spam is illegal, and the information here should be used only towards legitimate communications. Following this advice does not guarantee that your number will not get flagged.

What are the limits?

Unfortunately what exactly constitutes spammy behavior is a complete black box and there are no published limits in place. There’s lots of factors involved and some people’s numbers get flagged after sending just 100 of the same message, and some people are fine even sending 500 or more.

So what are the factors and what can I do to reduce my chances of getting flagged?

Whenever possible, use the {{firstName}} or {{lastName}} merge tags so that messages are personalized and not identical. Sending a large amount of the EXACT SAME message over and over is a bad red flag 🚩.

Sending many messages in a short amount of time is a red flag. Porterhouse has a built-in short delay between sends and will display a warning on large broadcasts suggesting that you split them up.

A first-time recipient is a recipient who you’ve never texted with before from your number. Sending to a large number of these at once is a red flag. If possible, try to correspond with such recipients so that they’ve replied to your number at least once, before including them in a large broadcast.

Sending patterns where a large amount of recipients are sent to but very few reply are considered spammy. Try to include a question or request for feedback as part of your broadcast to elicit more replies.

✅ Consent and rate of unsubscribes

Always obtain explicit permission from your contacts to be texted by you. Among other things, this will reduce the likelihood recipients report you as spam through the iMessage spam reporting feature, and also your “unsubscribe rate” (the number of replies that say “STOP” or similar) Being reported as spam and a high unsubscribe rate can lead to getting spam flagged.

Avoid using common link shorteners such as bit.ly for your links. Since Porterhouse does not charge per text segment, you’re free to use longer links without worrying about message length.

Sending lots of texts at odd hours can contribute to getting spam flagged. If possible, only send large broadcasts during business hours.

It appears the longer you’ve had your number and have been texting with it, the better “reputation” it will have and the more leeway it’ll be given. This isn’t an issue for most users as most of us have had our numbers and Apple accounts for a while.

What happens when my phone number is flagged?

At first, the number will be prevented from sending iMessages (all texts sent from the number will be sent as a green text message, even if the recipient is an iOS user). If sending continues, eventually the Messages app will fail to send and display a “Failed to Deliver” error.

What do I do when my number has been flagged?

Once you notice your number’s been flagged, you should immediately stop sending mass texts. Usually, the number will then automatically get un-flagged within 24-48hrs and be back to normal. If you still can’t send iMessages after 48hrs, you might need to give Apple a call to get your number un-flaged https://support.apple.com/en-us/HT201232

Some have questioned how Apple can detect and flag numbers as spam if iMessages are supposed to have end-to-end encryption. While Apple may not be able to read the exact content of each message, there are still many things can be inferred, such as how similar the messages are to each other, the sending rate, the send-to-reply ratio, and more. 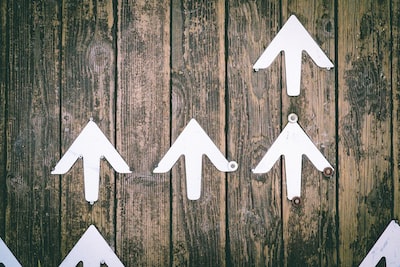 How to Update Porterhouse